Mark Thalman, poet and teacher and author of Catching the Limit, a collection of poetry focused on outdoors, nature, and the Pacific Northwest, spoke to Writers in the Grove this morning about the art of writing and publishing poetry. These are notes from the workshop. 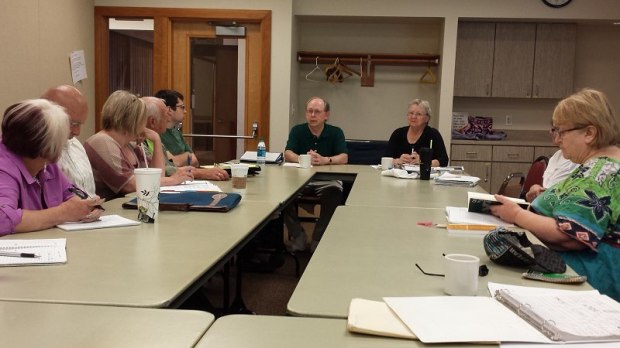 An essential part of the job of a professional writer and poet is to stay organized. To Mark Thalman, this means organized in your work habits as well as paperwork.

He shared with us details on how he tracks his writing on the computer in digital files, backed up to flash drives and other computers, and saved off-site as well. He recommends naming the files with dates to track revisions and versions. Most operating systems now embrace long file names, and he recommends you be as specific as possible to help you locate the file later.

He saves files to his document folder for his writing but doesn’t create a folder for them until there are three or four files, typically versions of the poem. Then he puts them in a folder with the title of the poem, or words describing the poem until he has a title set. All versions are kept in that folder, dated by their version date. This gives him the opportunity to revisit any of his older versions as he develops the final piece.

While he tends to keep all of his written work in digital form but also goes old school and prints out final published pieces, which he stores in a notebook. The notebook tracks the record of his poetry, each one numbered.

He sends out his work regularly to publishers, generally magazines, anthologies, prize, and contests. He tracks them in a printed chart. The chart lists the poem number, tracked back to the binder with the printed copy, the title or working title, and across the top, the publications to which he submits. Each time he sends a piece out, he writes down the date. When he gets a response, he notes it in the form. He said that he typically has 15 pieces out to editors at any one time.

When working on a book, he prints out copies of the poems and starts to organize them in another binder, considering placement, flow, and categorization, grouping similar pieces together. Thalman explained that this helps him put his work in book form as soon as possible, looking for gaps, and connecting the pieces together by theme. 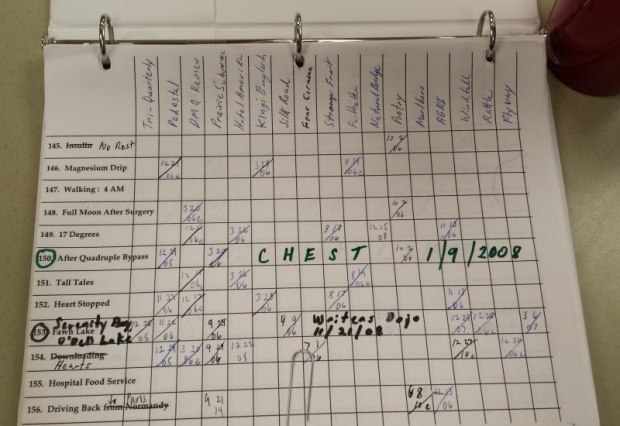 As he showed his tracking and filing system, he spoke about rejection notices and what you may learn, or assume, from them.

The Art of Poetry: Writing Color and Sounds

In the second part of the workshop with Mark Thalman, he shared examples of his poetry and focused on writing colors and sounds as well as the process of writing poetry.

I’m a poet of place. I want to transfer you, the reader, to a place and a situation.

If you get more out of it, I succeeded.

When asked how long it takes him to write a poem, he explained:

Poems don’t happen. I’ll work on a poem 3 weeks to 3 months. I have poems I’ve worked on for 15 years. The longest is 18 years, and it finally got published. I keep learning things, trying new things. It’s like a painter. You keep experimenting on the canvas, trying new paints, new styles, new strokes, seeing what works. It’s a process.

Study your craft. Watch. Listen to words, phrases, how things are said. Attend workshops and classes. So when you sit down to write, you have something to draw upon.

Inspiration can come from anything and anywhere, so pay attention.

A poem is sometimes given to you. Sometimes it is slugged out line by line.

Talking about how to use words to describe sounds without naming them, he read the following from his piece, “Mother-in-Law.”

Her snoring is
the steel blade
of a shovel
grating on
concrete
to clear snow,
and she will have
the sidewalk clean
by morning.

Mark Thalman of “Catching the Limit” (used with permission) 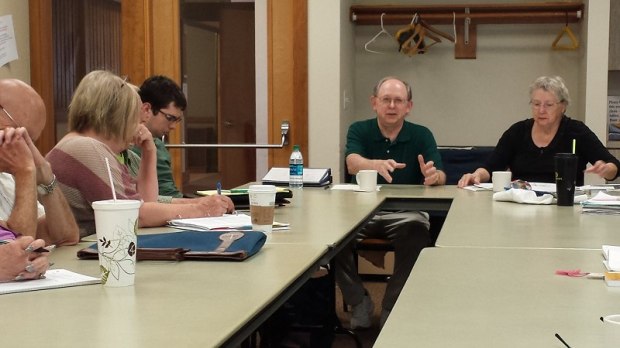 He told us over and over again how important it is to write generally at the first of your poem and move toward intimacy. As an example, he read his poem, “On the Doc, August Evening.”

Using the tension of the surface,
voices glide across the bay.
I recognize marshmallows, matches, wood.

Soon, a breeze ripples the surface
catching slivers of moon
like a school of salmon.

Gradually, the wind
becomes strong enough
to sweep every syllable away.

Then the lake struggles to speak.
Its many tongues lap volcanic sand
with a soft steady rhythm.

Crickets repeat
their chorus under the cosmos,
while high in a fir an owl questions the night.

Heading south, a long freight rumbles
past the summit and slowly fades –
a thought ebbing away.

I can stil hear Grandfather say,
“By late summer, troll slow
and keep your lines deep.”

Mark Thalman of “Catching the Limit” (used with permission)

Tips from his poetry process included:

He also spoke of the power of the “shared experience,” writing to connect and share a moment with someone, or a moment in time as part of a whole.

The session ended with a prompt on writing something “at this very moment” that encompasses things happening elsewhere, related or unrelated, to the moment.

The homework assignment for all participants is the following prompt. Bring it to share next week at the Morning morning workshop.

Our thanks to Mark Thalman for his wonderful presentation.